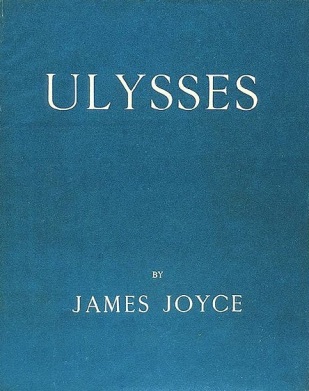 The nightingales are singing near
The Convent of the Sacred Heart…
—T. S. Eliot, “Sweeney among the Nightingales”

Joyce was an apostate, renegade, heathen, exile, dissident, blasphemer—and so perhaps the most faithful way to celebrate Bloomsday would be to blaspheme Joyce. In his bracing 1988 essay, “Against Ulysses,” Leo Bersani does just that. Despite its venerably clear polemical title, the essay’s argument is intricate and tricky, befitting its wideawake post-poststructuralist theoretical commitments (again, it was 1988). Bersani’s argument, insofar as I can do it justice, runs like this:

—the major pleasures of Ulysses are those offered by the 19th-century realist novel: rounded, appealing, recognizable characters; a detailed social milieu; and a morality that counsels social sympathy and an appreciation of the everyday;

—the novel’s many and notorious difficulties, from the stream-of-consciousness narration of its first half to the encyclopedia of parodic styles in its second, do not detract from this Victorian realism, but rather perfect it—they raise the novel’s realism from the level of description to that of performance, so that all of western culture is personified in Joyce as he dreams Bloom’s day, and is thereby redeemed for the reader;

—finally, Joyce’s use of the novel’s experimental form to name himself (and his reader) the rightful heir to all previous culture exacts the high price that the novel can only be decoded but never read—because the characters are solid beneath the cypher that is the text itself, the reader is left to decode and then to appreciate, but never to be disturbed into thought or feeling.

Bersani damningly sums up Ulysses’s ambition to be the total Book of the west, the Book that would “ground history and desire,” as the product of “drives without affects.” Joyce, therefore, has given us a frozen monument, a realist novel in forbidding marble. This accounts for Bersani’s amusingly accurate description of Joyce scholars, who tend to alternate between passages of technical description or convoluted anti-essentialist rhetoric and passages of downright pre-New-Critical moral appreciation for warmhearted Bloom and his racy Molly.

To Ulysses, Bersani contrasts a congeries of disparate writers—Flaubert, James, Proust, Lawrence, Beckett, Bataille—all of whom somehow displace culture and tradition in favor of the writing process itself, the foredoomed struggle to fit words to experience. Their procedures call not for decoding but rather interpretation, explorations of how the writer loses control of his material in the very process of its coming to language. (I am reminded of the time I once had to explicitly instruct a room full of first-year college students not to look for a Magic-Eye-style hidden picture in a Jackson Pollock painting I was showing the class. The point, I suggested, was not what the picture symbolized but rather what action went into its making.)

Bersani is not alone in this argument. Edward Mendelson and Gabriel Josipovici have defended an appreciation for Woolf and Beckett over Joyce on similar grounds. Josipovici even wrote, at the height of critical controversy over Anthony Julius’s prosecutorial examination of T. S. Eliot’s anti-Semitism, that he would trade “the whole of that impeccable philo-semite, Joyce (the darling of the politically correct), for just that one Sweeney poem of Eliot’s.” Josipovici (himself Jewish, by the way, and so, by the laws of political correctness, “allowed” to say something so untoward) here echoes this disparagement of Ulysses moralism from Bersani:

In one of the moral clichés to which this presumably revolutionary novel has given rise, Stephen’s coldness and inability to love is often opposed to Bloom’s warmth and frequent expression of concern for others.

This leads Bersani to what he actually admires in the novel: its depiction of Bloom’s almost metaphysical or interstellar loneliness, his lostness in “the parallax or parallactic drift of so called fixed stars, in reality ever moving wanderers from immeasurably remote eons to infinitely remote futures,” a chilling vision that Lawrence or Eliot or Beckett might, in their different ways, have tried to show us. Such existential isolation, which refuses the power-flattering blandishments of a supposedly salvific culture, is what Bersani treasures in literature—its conveyance not of meaning or of morality or of personality but of affect, the latter always subject to and subjecting language in the networks of social power.

Well, what can one say to this? It’s possible that there is no need to say anything at all. The year is no longer 1988. We have made progress: it is 2016. We have learned to read Uncle Tom’s Cabin again; we have learned that Middlemarch is the greatest English novel; we have learned that empathy is what reading literature is fundamentally for. And Joyce is our contemporary, as Josipovici, scorning “political correctness,” observes: SJW Bloom standing up for love and compassion and cosmopolitanism against the alt-right nationalist Twitter trolls in Kiernan’s pub is the Bloom whose day the literati celebrates today:

— But it’s no use, says he. Force, hatred, history, all that. That’s not life for men and women, insult and hatred. And everybody knows that it’s the very opposite of that that is really life.

Anyway, Bersani’s description of how reading Ulysses actually works is the best I’ve ever read. As a conceit, “Oxen of the Sun” is nearly nonsensical; as a literary exercise, it is exhilarating and exhausting; as an emotional experience, it is immensely moving—not to mention rewarding—once one has disentangled the textual code to find Bloom’s tender regard for Stephen, for Mrs. Purefoy, for his dead Rudy. Perhaps Bersani has neglected a perversion or two in Joyce’s book—most notably, Bloom’s incestuous desire for his daughter, which I’m not sure Lucia’s father ever really managed to re-sublimate. But overall, his unlikely comparison of Joyce to Austen and Joyceans to Janeites holds water.

So to Bersani’s radical challenge I can only offer a provisional and reluctant defense of Joyce’s crypto-conservatism. First of all, and perhaps least interestingly, there are some moral clichés we really wouldn’t want to do without (“Thou Shalt Not Kill” or even, on good days anyway, “Love Thy Neighbor as Thyself”). Likewise there are some characters in literature who mean as much as any author’s auto-portrayed struggle, however instructive and compelling; Joyce added to the pantheon with the Blooms, who sit alongside Robinson Crusoe, Hamlet, Don Quixote, the Wife of Bath, and, indeed, Odysseus. If Bersani disagrees, then that is a difference of literary first principles. Over a decade ago, some theory types on some blog were trying to fit Ulysses into some tedious Hegelo-Marxian grand narrative wherein it represented “the end of literature” or somesuch; and a friend of mine (in whose apartment, come to think of it, I first read Bersani’s essay on a long-ago spring night in Portland, ME) left a comment to the effect that Ulysses is really about validating all the ways of using language creatively, which is to say that it is a beginning for literature and not an ending.

Finally, cultural continuity is much more complex than Bersani suggests. It is not as if Flaubert, Lawrence, Beckett, or even Bataille are on some other bookshelf than the one Ulysses rests on. Every successful radicalism succeeds not in overthrowing tradition—which is impossible: humans are in traditions as fish are in water—but in transforming tradition in its image, so that it finally becomes a classic. Flaubert and Beckett are as much a part of culture as Joyce. Deleuze and Guattari are now Penguin Classics; Nirvana is now classic rock. Every artist is trying to build a monument, even the ones who think they are trying to lay dynamite. Or let Stephen Dedalus say it. At this moment, again in “Oxen of the Sun,” he is drunk in the maternity hospital and resentfully elevating artistic production over biological reproduction. He reveals an esoteric truth about literature cloaked as much behind Bersani’s bold radicalism as behind our own timid political correctness:

His words were then these as followeth: Know all men, he said, time’s ruins build eternity’s mansions. What means this? Desire’s wind blasts the thorntree but after it becomes from a bramblebush to be a rose upon the rood of time. Mark me now. In woman’s womb word is made flesh but in the spirit of the maker all flesh that passes becomes the word that shall not pass away. This is the postcreation.

This pronouncement, with its parodic Blake/Yeats citations and its seemingly unJoycean Platonism, its screaming misogyny (contempt for the female body) and its whispered affiliation to feminism (preference for mind over womb), is not necessarily a toast to raise a pint to. (Ulysses, anyway, is much more hostile to the culture of drinking than its boozy reputation would suggest.) But the novel’s procedure, i.e., Joyce’s own transfiguration of his desires and his times into an everliving, still, and eternal rose/word, does not contradict Stephen here. After all, it is Dedalus, not Bloom, who is capable of understanding what book he is in. Do we understand, on modern literature’s highest holy day, what book we are in?